NextGen Gaming have been around since before the millennium, and are another name most regular online casino players should be familiar with, although the company themselves were swallowed up by the Swedish gaming giant NYX Gaming Group in 2011.

Founded in Australia, Sydney-based NextGen have made a name for themselves by releasing a series of exceptional 5-reel online slots over the years and they continue to do so, although now under the banner of NYX.

NextGen are one company who never seem to have made too much fuss about themselves, simply developing and releasing a steady series of entertaining slots games from their base in North Sydney in New South Wales, Australia. For many years they were simply the main rivals in Australia to Aristocrat, with both companies concentrating purely on 5-reel, multi-payline online slots.

In November 2011, the Stockholm-based NYX Gaming Group came along and purchased NextGen for an undisclosed sum, mainly to boost NYX’s range of slots games as they were already heavily involved with bingo and lotteries. As a NYX subsidiary, NextGen have continued to work on their range of online slots and have released some very impressive titles. NextGen are also regular awards winners, winning eGR’s 2013 RNG (Random Number Generator) Casino Supplier of the Year Award in 2013, among others. 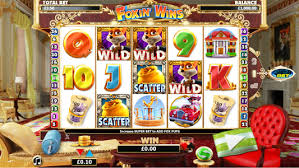 NextGen’s entire catalogue consists of online slots. For many years the company produced ‘simple’ online slots with the online ‘tradition’ of five reels and multiple paylines, but since being boosted by the backing of NYX, NextGen have begun to experiment a little bit more with games that are closer to the ‘3D’ version of slots released by companies such as NetEnt and Betsoft. NextGen’s best games are probably Foxin’ Wins (and the sequel, Foxin’ Wins Again), Medusa, and Merlin’s Millions. All these games feature some very nice animations, and some innovative features. In Foxin’ Wins for example a team of mischievous fox cubs will pop up now again behind the reels and their antics will usually result in some benefit jackpot action for the player. 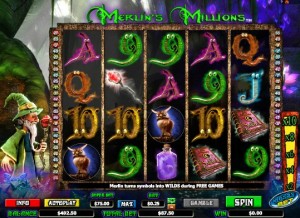 No table games appear in NextGen’s portfolio at the time of writing.

NextGen does not make online versions of video poker.

NextGen does not make online versions of any other game aside from online slots. 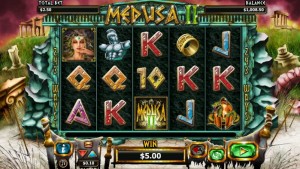 At the time of writing, NextGen does not provide a live casino.

NextGen is quite happy to publish the RTGs of its online slots, and nearly all of them hover around the 95 percent mark. Judge Dredd, which is a slots game based around the famous camera-shy helmet-wearing future law enforcement officer, has one of NextGen’s better payout percentages at around 96 percent, while Gorilla Go Wild is unlikely to excite you with an RTP of just over 92 percent.

None of NextGen’s slots have progressive jackpots, and the largest amount you can win is the $50,000 prize on the ‘traditional’ themed 3-reel slot Jackpot Jester 50,000.

Via NYX gaming, NextGen has partnerships with hundreds of online casinos, most of whom are keen to offer the best that NextGen has to offer in terms of slots including the aforementioned Foxin’ Wins and Merlin’s Millions. You can find NextGen’s slots at some of the biggest and brightest casinos going, like BetVictor, 888casino, Titan and 32Red. 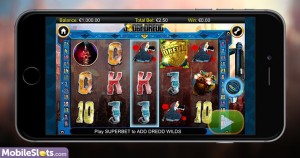 NextGen have always taken care with the way their games are developed, and the really do push the all their boats out to create games which look fantastic and function brilliantly, using both Flash and HTML5 technology. This means that their slots are available via downloads and online, plus a great number of NextGen’s games can be played on mobile devices, and on both Android and iOS-powered devices.

There were fears that NextGen would disappear beneath NYX’s banner when they were snapped up in late 2011, but if anything it has helped the company go from strength to strength as the backing of NYX seems to have encouraged them to become a little more adventurous with the types of slots they produce, with Foxin’ Wins and Merlin’s Millions being supreme examples of what they are capable of achieving.

All things point to the name of NextGen remaining an important one in the minds of online slots fans all across the internet for some time to come.