When online casinos first appeared on the web their software clients ran just like any normal program, which meant they had to be downloaded, installed and run via a PC or a laptop.

neurontin 24 hour shipping to us They were also always Microsoft Windows-only. Once a casino player had signed up for an online casino, they would then be given a link to download an .exe file which would usually self-extract and install onto a user’s hard drive.

The games themselves would run from this program, but an internet connection would still be needed (for real money play anyhow) as all the information about a punter’s playing choices per spin or deal would be sent to the casino that hosted the games. All random number generation was performed on the company’s servers, and the results sent back to the client’s PC for the software to display.

This method of play was okay up to a point, but once a player had been bitten by the casino gaming bug, they could end up with dozens of online casino programmes littering up their hard drives.

The alternative was to find a way of providing gamblers with a way of playing at online casinos without the necessity of downloading and installing bespoke computer software – and so the ‘No Download’ casino was born. 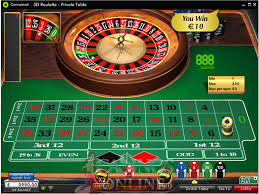 Once websites began to get a little more complicated than just offering static web pages, the demand for browsers to be able to display more dynamic content began to grow. Development environments such as Java and Flash enabled this to happen. Small applications were written in Java and Flash which meant they could be downloaded ‘on the fly’ and often in a matter of seconds (the move away from dial-up and to broadband helped enable this too). The programs would run as needed from a browser, and then be discarded automatically once the user had finished with them.

The only issue with this method was that users had to download some run-time files in order for the applications to work. These files would then be permanently stored on the users’ PC. This soon became less of an issue as more and more sites started to use dynamic, Java and Flash-based content to enhance user experience. It eventually became impossible to use the internet sensibly unless you had both Flash and Java installed.

Flash – saviour of the internet

Adobe’s Flash quickly became ubiquitous. Sites with embedded video such as Youtube, and with in-browser games such as Facebook would be useless to internet browsers without Flash. Flash was also multi-platform – any operating system that had a Flash player could view and use Flash content, so ‘No Download’ casinos now became available on Linux-based systems as well as Windows. The only fly in the Flash ointment was Apple, who refused to develop a Flash player for OSX meaning Mac users could not use Flash content on their computers.

Flash had its critics, mainly because despite having such a huge presence on the web it was never offered as open source software. It also became buggy as websites became more demanding and downloading and processing speeds became speedier. In 2011 Adobe announced it was no longer actively developing Flash, and a major nail was hammered into the Flash coffin in 2015 when YouTube announced it was ditching Flash in favour of …

HTML5 – the new kid on the www block

HTML5 is a new(-ish) protocol for dynamic web content based on CSS and Java. HTML5 has a high number of advantages over Flash, particularly as HTML5 is as suitable for use with mobile platforms as it is with PCs and laptops. HTML5 is also open source, which means anyone can work on it and offer enhancements and new functions.

The majority of ‘No Download’ casinos these days are based on HTML5. The main reason for this switch is the mobile-friendliness offered by HTML5 apps, as more people access the internet these days via smart-phones and tablets than they do via laptops and PCs. HTML5 should run flawlessly in any browser, be it IE on a Windows 7 laptop or Chrome on an Android smart-phone.

HTML5-based ‘No Download’ casinos are now so commonplace that online casinos which still demand you download and install their propriety software are seen as being a little quaint and as old-fashioned as having a MySpace page or trying to download music via Napster. For the best all-round performance of an online casino it’s always best to make sure they at least offer a ‘No Download’ option coded in HTML5.