http://walkerroadvineyards.com/wp-content/db-cache.php Betsoft Gaming has been around since 1999, and has emerged as one of the true leaders of graphically-intense ‘3D’ slots, thanks to their revolutionary Slots3 technology. Betsoft are responsible for some of the best slots games you’ll find available at the best online casinos.

Betsoft formed as a company in Cyprus in 1999. For years the company struggled to make any headway in the realm of internet casinos, which was a realm ruled for many years by the giant software providers Microgaming and Playtech. Such was the stranglehold that these companies held over the provision of online gambling software to casinos that it was almost impossible for newcomers to break into the market, unless they had a particular niche …

… and so that is what Betsoft did. In 2008, online slots were still based mainly on the kind of ‘video slots’ seen in Las Vegas casinos – just ported to software versions that could be downloaded and played on a user’s PC. Betsoft developed their own ‘EXPANDICON’ technology that gave online slots a whole new lease of life, breaking them clear of the way online slots had come to be traditionally viewed. Online casino aficionados were swiftly ‘wowed’ by the clever range of ‘3D’ video slots that Betsoft released, and they have continued to be ‘wowed’ ever since.

There’s only one really challenger to Betsoft’s crown as being the king of ‘3D’ slots, and that’s Sweden’s NetEnt. Whichever slots provider comes out on top is usually down to personal preference. Like NetEnt, Betsoft’s games feature stunning, cinema-standard graphics and some truly innovative features. One great example is ‘Good Girl Bad Girl’ in which players can choose how they want to play: either with low odds and big prizes, or good odds and smaller prizes, or both at the same time!

Some of Betsoft’s games have been criticised for being too complex, but Betsoft produces games that are suitable for both hardened slots fans and those taking their first baby steps into the world of online gambling. All of Betsoft’s slots are worth checking out, but it’s really worth taking a punt at titles such as Dr Jekyll & Mr Hyde, Under the Bed, The Slotfather and Heist. 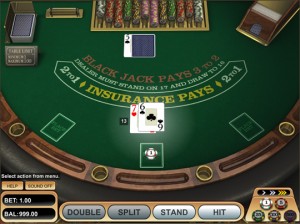 Although slots form the main backbone of Betsoft’s portfolio, table and card games make an appearance as well. The company provides five versions of blackjack, both American and European versions of roulette, plus baccarat, craps, red dog, casino war and several versions of casino poker.

While Betsoft does provide video poker, the games are fairly standard and nothing really to get too excited about. Jacks or Better, Joker Poker and Deuces Wild are the themes here in various varieties.

The only other game (aside from 3D poker) that Betsoft provides that may be of interest is the company’s virtual horse racing application. Punters can bet on virtual horse races, which are then realised via visually stunning true-to-life graphics. 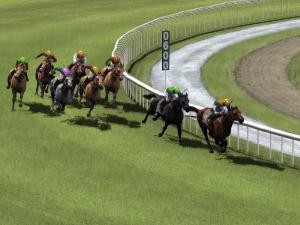 At the time of writing, Betsoft does not provide a live casino.

The payout percentage for most of Betsoft’s games runs between 92 and 98 percent. Top of the RTP tree is the aforementioned Good Girl Bad Girl which has a truly excellent return-to-player of 97.8 percent. Other Betsoft games with great RTPs are At the Copa (97.5%), After Night Falls (97.2%) and True Illusions (97%). Ones perhaps to be avoided are 2 Million B.C. (91.94%) and Lost (92%). If you enjoy the chance of winning massive jackpots, then several of Betsoft’s games (and not just slots) have progressive jackpots.

Betsoft does not manage casinos directly itself, but does offer a complete casino management suite for third party vendors, as well as of course licensing out its excellent software. You can check out the very best in Betsoft’s Casinos at sites such as Mr Green, Guts and Casino Room. US-based players also get the chance to check out Betsoft’s games at Bodog and Bovada. 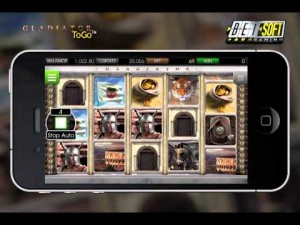 Betsoft seems a little slow at embracing HTML5 technology when it comes to their games, sticking with Adobe Flash for their non-download options. The company also produces a complete suite of games within a windows-based casino client.

As for mobile casino players, Betsoft has developed its own ToGo mobile software system for smart-phones and tablets. Most of the company’s best slots are available ‘ToGo’, along with one version of video poker, two versions of blackjack and a version apiece of roulette and casino poker.

Betsoft may have kicked around a little for years doing nothing that threatened to get its voice heard, but since 2008 and the development of Slots3, there really has been no holding it back. You get a wonderful sense of enjoyment just playing some of Betsoft’s games, no matter if you’re on a winning or losing streak. There’s always something to see rather than just the reels rollin’ and rollin’. Head on over to a Betsoft casino and see just what you might be missing out on.
paper help discount code