Lyrica order form Playtech has been one of the industry’s leading players ever since their formation in 1999. Founded by Teddy Sagi, Playtech has over the course of its history had more fingers in casino pies than perhaps any other wagering-based company – casinos, poker, bingo and scratch cards on both desktop and mobile platforms.

Playtech actually began life in Tartu, Estonia, in 1999. The company was formed by leading casino experts, software engineers and people with an interest in multimedia. The aim of the company was to provide the very best in casino software to the growing number of online gambling sites that were beginning to flood the internet. In 2001 Playtech welcomed its first casino licensee, and by 2006 had grown enough in stature to be listed on the London Stock Exchange, following a move to its new home on the Isle of Man.

The company became one of the largest providers of online gambling opportunities when it founded the iPoker network in 2004. This Playtech off-shoot celebrated its tenth anniversary with over twenty-five separate card rooms remaining plugged into the network, including Titan Poker, PaddyPower Poker and Betfair.

Playtech is still one of the biggest names in the casino arena today, with an annual net income close to €500 million, and a workforce of 2,600 spread over several countries. 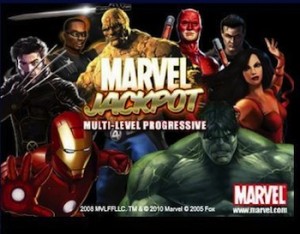 Playtech’s slots are famed for their movie and TV tie-ins, with the company having contracts with entertainment industry giants such as Marvel, HBO, MGM and Universal. You’ll find themed slots from super heroes such as the Fantastic Four, the X-Men, Daredevil, the Incredible Hulk and Iron Man available from Playtech-powered casinos. Among the TV and movie tie-ins: Monty Python, Rocky, King Kong and even Marilyn Monroe.

The slots provided by Playtech encompass a huge array of varieties, and the company does not simply concentrate on the 5-reel slots beloved by so many other software providers. The company is also big on progressive slots, with nearly sixty Playtech slots feature such jackpots, including the Pink Panther, Leprechaun’s Luck and Dr Lovemore. 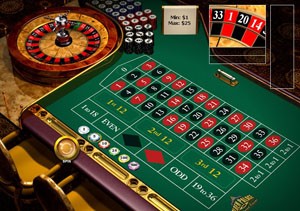 Before slots began slowly to overwhelm the online casino world, table games were seen as the main staple of internet gambling establishments, and Playtech were one of the leaders – if not THE leader – in table and card games. Baccarat, blackjack (several varieties including ‘Blackjack Switch’ and ‘Lucky Blackjack’), casino hold’em, casino war, craps, red dog, several versions of roulette and sic bo are all covered.

Playtech has a really nice selection of video poker games, all with very slight variations on the standard rules and extra features. Some of the payout percentages on Playtech games are truly exceptional – a stunning 99.8% on ‘2 Ways Royal’ for example.

There is perhaps no better provider of ‘other games’ to online casinos than Playtech. If you get easily bored by standard casino fare, you can try your hand at ‘Heads or Tails’ in which you do, literally, bet on the outcome of a coin toss, the horse racing simulator ‘Derby Day’ or ‘Jackpot Darts’ where your ‘skills’ on the oche can win your cash jackpots. 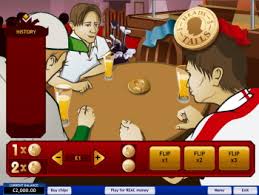 Playtech’s live casinos operate from Europe and Asia, and the company has chosen to invest heavily in what is a nicely burgeoning market, and uses software that allows live casino play to be viewed on iPhones, iPad and Android devices.

Several of Playtech slots with progressive jackpots have paid out some truly amazing jackpot prizes. The biggest payouts have been from Beach Life (£5.2M), Gold Rally (£3.9M) and Gladiator (£3M). Most of Playtech’s slots fall within the 93% to 97% RTP range. The most-played Playtech slots, which are the Marvel ‘super hero’ slots, have a routine RTP of around 95%, although for some (The Incredible Hulk 50 Lines and Thor) the RTP is much lower – less than 92% in fact.

There are plenty of casinos on the web that use Playtech’s complete E2E suite for establishing an online casino. PaddyPower, Bet365 and Sky Casino all use Playtech software.

Quite a number of Playtech-driven casinos have courted with controversy by enforcing withdrawal limits as low as £20,000 a month on punters. This may still seem like a whole heap of cash, but if you are lucky enough to win a progressive jackpot of, say, £2M at a Playtech casino, it will take you one hundred months, or over eight years, to withdraw your winnings. There are reports that exactly this has happened at some casinos, and fifty such casinos have been declared ‘rogue’ by the independent casino review site Casinomeister. Note, the decision to enforce withdrawal limits has nothing to do with Playtech themselves.

Playtech has always made sure they’ve kept up to date with all the latest casino fashions, so it should come as no surprise to find they openly embrace mobile software technology. In 2012 they announced the launch of ‘Mobile Hub’, an open framework software system based on HTML5 technology. This means that all games developed using Mobile Hub will run on any mobile device with an HTML5-enabled browser.

Playtech is as synonymous a name with online gambling as Texas Hold’em and Mega Moolah. One of the largest online gambling companies in the world, Playtech thoroughly deserves its place on one of the highest branches of the internet wagering tree, and there are no signs it’s a position the company is likely to lose a grip on any time soon.