Hilversum NetEnt (short for Net Entertainment) are a Swedish-based company who have emerged as one of the leading gambling software providers in the world, especially since 2010-2011 when they began to release their range of innovative and immersive ‘3D’ video online slots.

Net Entertainment were founded as a company in Sweden in 1996. There were an offshoot of another company called Cherry, who were Sweden’s leading supplier of real-world slots games until slots were banned in the Scandinavian country in the early 1980s. In 1996 a man named Pontus Lindwall recognised the potential that the fledgling world wide web had when it came to gambling, and convinced Cherry and another company named Kinnevik to invest in his new company, Net Entertainment.

For several years NetEnt seemed satisfied to tread the casino water, but all that changed in 2010 when the company began to develop its unique range of ‘3D’ video slots which took online slots to a whole new level. Today, NetEnt is responsible for many of the best slots available today, including what is regarded by many as the number one online slot of all time, Gonzo’s Quest. 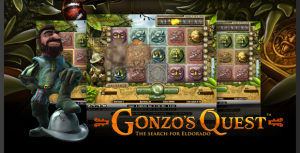 NetEnt’s slots are generally regarded as the best in the business – their only real challengers to this title are the Malta-based company Betsoft. The slots provided by NetEnt have cinema-standard graphics, innovative features and are extremely entertaining to play, as well as having decent payout percentages. The company has a number of special deals with companies such as Universal, 20th Century Fox and South Park Studios that allows them to provide some nicely-themed games. 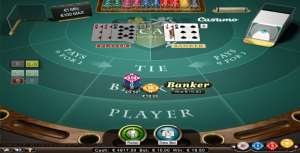 NetEnt provides plenty of action for lovers of traditional table games. They have several versions of blackjack and a few varieties of roulette (American, European and French), plus baccarat, punto banco, bingo, keno, casino poker and red dog.

You’ll find four versions of poker provided courtesy of NetEnt, namely Jacks and Better, Joker Poker, Deuces Wild and All American. Some varieties of these games will allow you to play up to 100 hands at once. 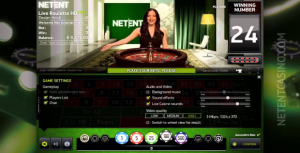 NetEnt strives to keep the payout percentage for all its games between a nicely generous 95 and 98 percent. There are not a great number of NetEnt’s games that have progressive jackpots, although NetEnt does hold the record for the largest payout via an online slots game of €17.9 million. This was achieved in December 2011 when one lucky punter scooped the massive prize while playing Mega Fortune at Betsson.com.

There are several casinos that only use NetEnt software, including Vegas Bet365, Slotty Vegas, 24h Bet and Monte Carlo Casino. The number of casinos that use NetEnt’s software number into the hundreds. Some of the biggest and best online casinos where you can play NetEnt games include Expekt Casino, Unibet, Ladbrokes and Paddy Power. 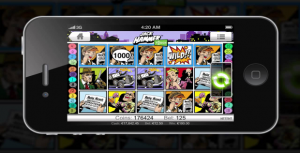 NetEnt has always used Adobe’s Flash as its development system of choice, which has always limited their software to Windows users only. However, in 2015 NetEnt shows signs that they were following the rest of the gaming world by moving away from Flash and developing in HTML5 instead. NetEnt’s first new slot of 2015 – The Invisible Man – was the company’s first to developed purely in HTML5.

For mobile users, there’s NetEnt touch, a casino-software system developed especially for mobile platforms. This development system is coded purely in HTML5 which means it runs via iOS, Android and Windows Phone.

NetEnt really does deserve its place as one of the most highly regarded casino software providers, especially when it comes to online slots. You only have to play one of NetEnt’s fantastic 3D video online slots before you are smitten, and you’ll soon find yourself going through the whole catalogue. There’s a reason why so many casinos use NetEnt’s software, and if you visit one of the couple of hundred casinos that do, you’ll discover the reason all for yourself.