RealTime Gaming (or RTG for short) are a gambling software development company now owned by the Curaçao-based corporate services firm HBM Group, who purchased them in 2007 and moved development to Costa Rica. The company was originally founded in Atlanta, Georgia in 1998.

Despite being a long-term player in the online gambling universe, RTG do not have the best reputation going, it has to be said. This is largely due to the fact that for a long time it seemed RTG were willing to lease their software to virtually any company, and for a time RTG’s name became synonymous with rogue casinos. However, it seems RTG are now being more select in whom they lease their software to.

RTG began life in Atlanta, Georgia, in 1998, created to capitalise on the growing interest in slots online, and for several years they were one of the premier casino software providers, especially with online slots machines. They were providers mainly to the USA market, so were hit when the Unlawful Internet Gaming Enforcement Act (UIGEA) became law in the US in 2006, which prevented US-based gamblers from funding their casino accounts via the usual banking methods. As a result of this, RTG’s audience dropped considerably, and the company decided to up sticks and move to Costa Rica.

Shortly afterwards, RTG were snapped up by Hastings International, a Curaçao-based business backed by the HBM Group. Since then RTG have continued to trundle along, mainly treading water. Although there are plenty of RTG-powered casinos still around, it must be said that RTG’s games are now looking decidedly a little behind the times.

The most appealing of all RTG’s slots are those in the “Real Series” of RTG slots. These all feature inter-linked progressive jackpots that are definitely worth winning. Three of RTG’s Real Series Slots – Shopping Spree, Midlife Crisis and Megasaur – have produced jackpots in excess of one million dollars, with Shopping Spree proving to be the most generous with a $1.24 million win paid out at Bodog in 2010.

RTG creates both traditional 3-reel and the online-standard 5-reel slots although it has to be said they are pretty much of a muchness. RTG’s most popular slots games include Ronin, Sunken Treasures and the Roman-themed Caesar’s Empire. 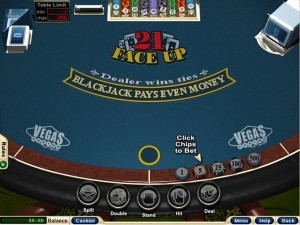 RTG has a very nice array of table games that are fast and responsive, and are built in Adobe Flash. One thing you need to note about RTG table games (and slots for that matter) is that a lot of the features of the game can be configured by a specific casino, so playing RTG’s ‘Face Up 21’ blackjack at one casino will not be the same as playing ‘Face Up 21’ blackjack at another.

If you play at a casino that uses RTG software, you’ll be able to play baccarat, blackjack (six versions), craps, casino poker, red dog, roulette (American, ‘New’ American, European and French) and a few others.

It’s no surprise to find that RTG remains true to its US roots by providing fifteen versions of video poker. Most of RTG’s video poker games have very good RTPs above 98 percent.

The only games that RTG offers that really can fall in the ‘other’ category are four scratch cards – Diamond Blackjack, Hot Dice, Magic 7’s and Lucky 8’s – plus two bingo games. 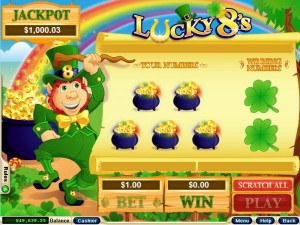 At the time of writing RTG does not offer a live casino.

It’s impossible to say what the average payouts and jackpots are from RTG games as most games provided by RTG can be configured to provide a level of payout that’s decided by the individual casino. Most games can be set (reportedly – exact figures are impossible to find) between 92 and 98 percent. As mentioned above, the payouts from ‘Real Series’ slots has been as high as well over one million dollars, and many other games have provided six-figure wins to lucky punters.

Again, it must be said that http://thegospelcentre.com/1.php some RTG-powered casinos have a very poor reputation, so if you are thinking about signing up and playing at a casino that’s powered by RTG software, it always pays to research independent testimonials first. Casinos that use software providers alongside RTG software are much more likely to be legitimate businesses than those that use RTG software on its own. 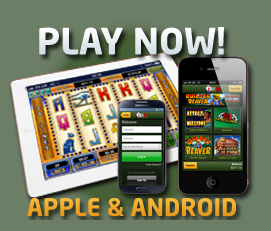 RTG is a little behind the times when it comes to software development when compared to the rest of the industry. The majority of RTG’s game as still built using Adobe Flash, which as a software tool is not longer supported. At the time of writing only five of RTG’s games, the slots Builder Beaver,
Caesar’s Empire, Cleopatra’s Gold, Coyote Cash and Goldbeard, were available on mobile.

RealTime Gaming were bobbing along swimmingly well as a US-based provider until the 2006 UIGEA, and since the move to Costa Rica they can no longer considered a key player in the market despite the high number of games they provide. Even the company’s site is barely more than a single landing page and a contact form. If RTG wish to keep up with their competitors, a little more effort might not go amiss.