Cryptologic (now part of the Amaya Group) are one of the real ‘old dudes’ when it comes to casino software. Originally created in 1995 by a pair of brothers in the basement of their parent’s house, Cryptologic’s initial remit was to create software to enable the successful encryption of financial transactions. Once they’d made a success of that, they moved on to bigger and brighter things.

It’s every entrepreneur’s dream – to start up a company in a basement and see it to go on to make millions of dollars. For most people this concept remains a fantasy, but for Canadian brothers Andrew and Mark Rivkin it really happened. In 1995 they developed a secure online financial transaction system, and sought to find a real world application for it – and as online casinos were just beginning to break out of their shells around the time, a marriage seem inevitable.

The first deal was brokered with InterCasino, and after several more sign-ups, software developments and investments, by 2007 the company was valued at a staggering $400 million. The brothers Rivkin had left the company in 2002, and Cryptologic moved HQ to Dublin, Ireland.

Amid falling revenues, Cryptologic was sold to Amaya in 2012 for nearly $36 million, who sold the B2C side of the company – WagerLogic – less than two years later for $70 million. The sale included the sites InterCasino, InterPoker and InterBingo. 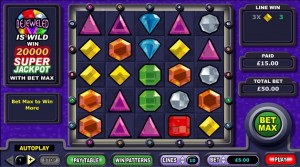 The company has never ventured into ‘3D’ slots territory as Betsoft, NetEnt and Microgaming have done. They have managed some interesting tie-ins though, with games such as Street Fighter 2, Call of Duty 4, Batman, Superman and Wonder Woman. Cryptologic used to provide a whole host of slots based on Marvel super heroes, but they lost the Marvel contract in 2014 after Disney’s purchase of the comic company. 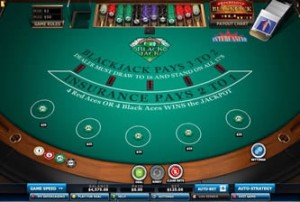 Cryptologic are one of the few casino software providers to offer blackjack with a progressive jackpot feature. To chip into the jackpot, you only need to pay an extra $1 on top of your stake. The progressive jackpot is won if you manage to secure a hand containing four aces all of the same colour. There are other bonus hands where you win – such as four unsuited aces or three identical aces.

There are ten versions of video poker created by Cryptologic, most of them have very generous payout percentages, particularly Aces & Faces, Double Bonus and Jacks or Better. Two versions – Deuces Wild Bonus and Super Jackpot – both have progressive jackpot versions. The progressive jackpot is won if you manage to secure a Royal Flush.

The company offers a couple of scratch card games named High Fashion and Money Farm, and an arcade game named Monte Cristo, which is about as off-the-wall as Cryptologic gets. 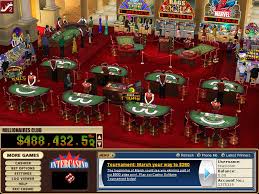 At the time of writing, Cryptologic does not provide a live casino.

Being slightly ‘old school’, Cryptologic was created around the time that slots with inter-linked progressive jackpots were ‘the in thing’. Subsequently, a lot of Cryptologic’s slots and other games had a distinct ‘win millions’ motif.

The only slot that actually ever won millions was ‘Millionaire’s Club’, where the all-time record win of just under €6,000,000 was set at InterCasino in May, 2007. No other Cryptologic game has ever cracked the £1 million barrier, although the £650,000 won at Progressive Blackjack in 2012 came close.

Most of Cryptologic’s games have reasonable RTPs, although they average out at around 95% for slots.

Cryptologic’s flagship casino had always been InterCasino, but once the company had been bought by Amaya, InterCasino was eventually sold to Goldstar Acquisitionco Inc, although InterCasino is still run by a Malta-based company called CryptoLogic Operations Ltd.

Plenty of other casinos use Cryptologic/WagerLogic software, including Sportingbet, Unibet, Bet365 and Ladbrokes.

Most of Cryptologic’s games have been created using Adobe Flash technology which means they can be run directly in a browser or via a download and installation.

At the time of writing, only one Cryptologic game – Cubis – is available for mobile play.

Cryptologic are still around, despite not being as successful as they were around the turn of the century. Both Amaya and InterCasino seem keen to keep the name of Cryptologic around and in the minds of online casino players, which surely must count for something, although both may have to make significant moves in the near future to make certain that the name of Cryptologic is not consigned to the dustbin of online casino history.