October 24, 2012 Posted in Uncategorized by Adam • No Comments

The Premier League – A Brief Overview 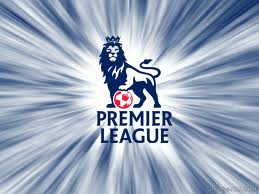 The English Premier League, also known as the Barclays Premier League is undoubtedly the biggest English football sporting event of the year. It takes place every year between August and May. The 20 member clubs which constitute the Premier League play 38 games each, with 380 games taking place overall during the course of the season.

The current reigning champions are Manchester City who surprised everyone to become the winners of the 2011-12 season. Since the Premier League began in 1992, there are only five teams who have actually won the title. Manchester United has won the title more times than any other side, an astonishing 12 times in total. Arsenal draws in second place with Chelsea, both clubs having won the title 3 times. While Blackburn Rovers and Manchester City have both won the title once.

The Best Betting Sites for the Premier League

When it comes to choosing a sports betting site to place your bets on, there are two sites which stand out and really give you the best odds and markets for your money. Bet365 is really head and shoulders above most of the competition, as they offer some of the most comprehensive listings of all the games; with great odds and the ability to make Live bets right up to the last minute using their In Play betting feature, this is a site which you can’t afford to be without. Their In-Play betting feature is second to none, as most sites online who employ In-Play betting don’t allow you to make bets after the 70th minute, so if you’re a looking to place bets right up to the final whistle, then this is the site for you. On top of that you can also enjoy Live In-Play audio, so if you can’t get to a TV, you won’t have to miss out on any of the action.

Bet365 are offering all new players a 100% first deposit of up to £200 when you deposit £10 or more. This is a great way to boost your bankroll and you’ll only have to wager your deposit and bonus 3 times their value before you can withdraw your cash, which is worth working out in advance.

William Hill has to be one of the the biggest betting brands in England, with a highly reliable and well respected website to match it’s high street chain of shops. William Hill are offering punters a £25 free bet when they sign up to the site with code F25.

They have an astonishing array of over 100 In Play markets devoted just to football and offer the largest array of match markets and goal markets that we’ve seen on any website. What’s great about the William Hill website is how easy it is to navigate to the markets you are interested in, with the Premier League having it’s very own dedicated page where you can check the odds for all the upcoming matches. You can also easily bet on the EPL Outright markets, such as who will be the league winner, who will get relegated and how the Top 4 will turn out, which in our opinion is the best way to hedge your bets. By betting on top teams who you think could be the league winner, you can cover your losses and ensure that you make a profit or at worst, break even.

This year’s Premier League is shaping up to be an exciting one, with Manchester City currently favourites to win the league. William Hill is valuing them at 13/8, with Manchester United just trailing at 15/8, while Chelsea is at 4/1 and Arsenal at 9/1 respectively. Clearly there’s still everything to play for, with Manchester City’s surprise victory last year upsetting the traditional pecking order, nothing is set in stone. So make sure you head down to either William Hill or Bet365 and take advantage of their great bonus offers to make the most of this year’s Premier League.